Yesterday in Hyperabad, India, B. Ramalinga Raju, former chairman and CEO of Satyam Computer Services, was found guilty and sentenced to seven years in prison for his role in “India’s Enron” — a $1 billion accounting fraud that was revealed in 2009. via ‘Laws of the Land’ Finally Catching Up to Former Satyam CEO, Part […]

Yesterday, an Indian trial court sentenced Ramalinga Raju, former chairman and CEO of Satyam Computer Services, as well as his brother and three others to six months in prison and fines for their role in the massive financial fraud that is regarded as “India’s Enron.” A verdict in a second case against Raju with potentially […] 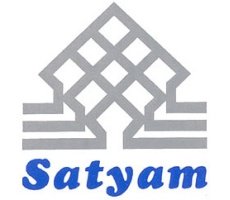 India’s Central Bureau of Investigation charged nine people, including auditors from PricewaterhouseCoopers, with forgery and fraud today after concluding its investigation into Satyam Computer Services. The NY Times reports that after a 45-day investigation, the CBI stated that it was charging six employees from Satyam Computer Services, two auditors from PricewaterhouseCoopers and an outside adviser […]

“It was like riding a tiger, not knowing when to get off without being eaten.” So said B. Ramalinga Raju, chairman and chief executive of Satyam Computer Services, who resigned after confessing to falsifying the company’s financial records in a $1 billion fraud.  The Satyam fraud has been immediately dubbed “India’s Enron” by many. Raju […]