A court in South Korea issued an arrest warrant for Do Kwon, the founder of the Terraform Labs cryptocurrency ecosystem, whose implosion earlier this year sparked a global crypto rout. The court in Seoul issued a warrant for Do Kwon and five others on allegations that include violations of the nation’s capital markets law, according […]

South Korean prosecutors made their first arrests in a probe of $3.4 billion worth of foreign-exchange transactions for possible links to illegal cryptocurrency-related activities. Three people were held on allegations including setting up paper companies and operating a cryptocurrency trading business without registration, the Daegu District Prosecutors’ Office said in a text message on Thursday. […]

South Korean prosecutors raided the home of Terraform Labs co-founder Daniel Shin, deepening a probe into allegations of illegal activity behind the collapsed stablecoin TerraUSD. A series of raids on crypto-exchanges and offices on Wednesday also included Shin’s home and his payment app Chai Corp., the Seoul Southern District Prosecutors Office said via a text […]

South Korea’s Financial Supervisory Service is seeking what appears to be the equivalent of subpoena power in the US so that it can crack down on stock market crimes such as insider trading.  The FSS specifically wants the authority to monitor the e-mail of suspicious traders and to check their phone call history, the Korea […] 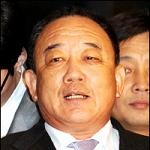 South Korean prosecutors asked a local court on Thursday to issue a warrant for the arrest of Taekwang CEO Park Yeon-cha on charges of tax evasion and alleged insider trading in the sale of Sejong Securities to Nonghyup. The Korea Times reports that Park “allegedly purchased shares of Sejong Securities in 2005 before Nonghyup took […]