A copy of the transcript of the hearing at which Frank DiPascali pleaded guilty in the Madoff case yesterday is available here.  One of the most extraordinary parts occurs near the end of the hearing.  After hearing both the prosecution and the defense argue that DiPascali should be released on bail, Judge Richard J. Sullivan […]

A copy of the criminal information filed yesterday against Frank DiPascali is available here.

Eight years and nine investigations after certain trades that occurred in 2001, the SEC staff has sent Pequot Capital Management a Wells Notice notifying Pequot that it intends to recommend that the Commission bring an enforcement action against the firm. As discussed here and here in excruciating detail, the trades under investigation relate to General […]

Last week, a federal judge in the SDNY entered a final judgment against Edwin “Bucky” Lyon, IV, and various Gryphon Partners entities in an SEC insider trading case. The case, filed back in December 2006, is part of the SEC’s ongoing campaign against insider trading by hedge funds in connection with PIPE (“private investment in public equity”) offerings. 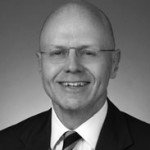 Stephen J. Crimmins has joined law firm K&L Gates as a partner in its Washington, D.C. office.  The firm announced today that Crimmins has joined its securities enforcement practice. Crimmins joins K&L Gates from Mayer Brown.  Previously, Crimmins was a lawyer with the SEC for 14 years, including eight years as Deputy Chief Litigation Counsel […]

Allen Stanford Hits Opposition in Quest for New Attorney; Madoff Relied on ‘Key Lieutenant,’ Old Stationery to Hide Scam; Australia: Raunchy stripper boss Steven Zielinski to deny insider trading charges; SEC Sues Madoff CFO, Provides New Details of Scam; DiPascali Agrees to “Tell All and Name Names” in Madoff Matter; On SEC Funding, Congress Must Put Up or Shut Up (or Give Up and Allow Self-Funding); Want To Be A U.S. Attorney? Here’s the Process; Madoff’s Finance Chief Charged With 10 Crimes, Including Securities Fraud; and more.