On April 9, 2009, US District Judge P. Kevin Castel of the SDNY granted plaintiffs’ motion for reconsideration and re-opened the securities class action against Vodafone, which has been dismissed in November 2008. Judge Castel stated that the initial November 24 order granted the defendants’ motion to dismiss for lack of subject matter jurisdiction because […]

The U.S. Senate Banking Subcommittee on Securities will reportedly hold a hearing in May to examine the U.S. Securities and Exchange Commission’s Division of Enforcement.  Citing a “source familiar with the matter,” Reuters reports that the subcommittee on securities will examine a new government report on the Division of Enforcement. Reuters reports that last year, […]

In his criminal trial for insider trading that began this week (previously discussed here), Telefonica Chairman Cesar Alierta boldly denied the charges against him, stating “I didn’t buy one share of Tabacalera, either directly or indirectly, in 1997.” He testified that the charges were the result of a prosecutor that “did not properly understand the […]

Andrew Rossman has joined law firm Quinn Emanuel Urquhart Oliver & Hedges as a partner in its New York office, the AmLaw Daily reports. Rossman joins Quinn Emanuel from Akin Gump Strauss Hauer & Feld, where he was the former co-head of litigation.  He focuses his practice on complex commercial litigation, including class and derivative […] 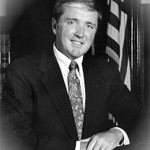 Michael J. Sullivan, the United States Attorney for the District of Massachusetts, announced yesterday that he plans to resign his post at midnight on Sunday to pursue a private law practice in Boston.  Sullivan has served as U.S. Attorney for the past 7 1/2 years.  A spokeswoman for Sullivan told the Boston Globe only that […]