Web Watch: Best Blog Posts and Columns For the Week Ending May 29

Here is the weekly summary for Securities Docket’s Web Watch (”This Week’s Best Blog Posts and Columns”): HARVARD LAW SCHOOL FORUM ON CORP GOV (May 29, 2009): Institutional Monitoring Through Shareholder Litigation Paper finding that securities class actions with institutional owners as lead plaintiffs are less likely to be dismissed and have larger monetary settlements […]

Down under, Merrill Lynch and one of its subsidiaries face allegations from a Sydney businessman that they engaged in what would reportedly be “the biggest case of insider trading in [Australia’s] corporate history.”  Full details are available in this post on my Enforcement Action blog over at Compliance Week.

A copy of Mark Cuban’s Complaint for Declaratory and Injunctive Relief filed yesterday against the SEC and seeking the production of numerous documents under FOIA is available here. As an aside, the case has been assigned to Judge Reggie B. Walton, who, as I have noted before, you really don’t want to mess with! Read […]

In the latest development in Mark Cuban’s ongoing battle with the SEC, Cuban has reportedly filed his own lawsuit against the agency alleging that it is unlawfully withholding documents about its insider trading probe of him. Bloomberg reports that Cuban’s complaint filed today in federal court in D.C. seeks a court order to force the […]

Certain trades that occurred at Pequot Capital Management in 2001 in advance of General Electric’s acquisition of Heller Financial have now reportedly led, after nine investigations, to the demise of Pequot Capital itself. Full details are available in this post on my Enforcement Action blog over at Compliance Week. 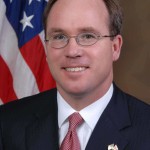 U.S. Attorney for the District of Columbia Jeffrey Taylor will join Ernst & Young as the Americas leader of the Fraud Investigation & Dispute Services area, the Blog of the Legal Times reports.  Taylor announced his resignation today, effective tomorrow, and will reportedly join Ernst & Young’s Washington, D.C. office next month. Read the Blog […]